After posting some photos from Lake Titicaca a few blogs ago, here’s the rest of them. I was at Lake Titicaca with the same people I did the La Paz El Choro trek. 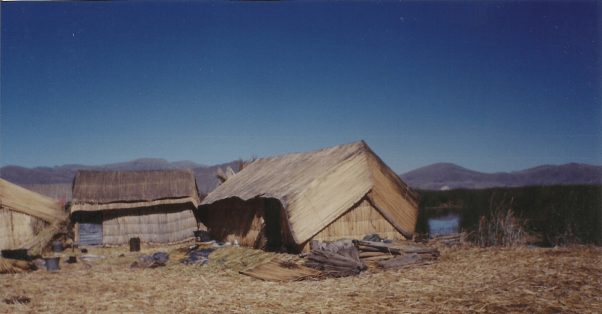 There are more traditional farming settlements around the lake: 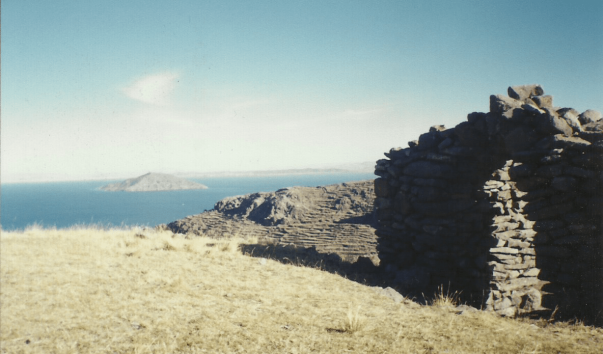 In my list of inspirations for staying out of trouble yesterday, and ignoring the baiters; Nietzsche superman, Martial Arts control and Christian turning the other cheek; I forgot Buddhist Enlightenment. For most of my travels and university life I was more into lazing and partying than learning and participating, but I usually went along with it as much as my mind would, learnt what I could and added it to my life experience.

My Life, My Mind, My Writing

Some things I chose to do myself, either learning about them from the media or other people; while other things I followed others; the good I followed didn’t expect anything in return, the bad amongst them seemed to think they were buying shares in me, like an investment banker; yes, they were mostly from the fake university and counterculture localities, epitomised by Russell Brand, who think they are so above everybody else they replace a plain and simple cash economy for a favours one, and as they are so at the top as pseudo-alphas of their pseudo communities they think every body owes them, and they owe nobody!

I did have some nice times in the Yorkshire countryside with them, and at parties they threw (I now view the parties as their  investments attempts, and saw them then as power plays), on their initiative, but that was all, and it was just stuff I’d done before all my life, and all around the world; adding to my life experiences rather than a ‘big bang’ or ‘revolution’.

I grew up in a small town with a hippy commune on its doorstep, and lots of counterculture people in the hills surrounding it; and their offspring; who’d dropped out and escaped there in the 1960s and 1970s. After getting into rock and metal in 1980, I always had one foot in the ‘town’ and one in the ‘counterculture’, until giving it up altogether around 2000.

Adding another space-life metaphor, to my ‘Event Horizon’ for that time when you’re drunk at the point of being paralytic, and want to stay there, and think you can, but the gravity drag of oblivion is too strong; or the greenYgrey world starting with a BB and ending with a supernova.

The metaphor is that I think I and most people feed off other people that inspire them; or irritate them, as negative energy can work the other way, propelling you in a different direction; as humanity has learnt to use the gravity of other planets as a kind of slingshot to propel their craft faster and farther, such as Cassini, which used Venus as a gravity assist to fuel it to the outer solar system, where it found geyser plumes on Enceladus and methane lakes on Titan.

As an aid to memory
remembering greenYgrey history
with acronymony rather than acrimony
geyser plumes on Enceledus is GPE
neighbour to general post office GPO
while methane lakes on Titan is MLT
like a moon to bacon. lettuce. tomato BLT.
(The first greenYgrey ramble remembered North America by acronym creation)

Voyager 2 also did this: 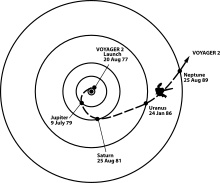 I’ve met some nice and inspiring people during the greenYgrey years, such as younger members of my demographic in work such as PS and LM, who I think need ‘Google-style work environments’ to be happy and fulfil their potential; and higher managers like S and C, or junior managers like N and K, who were nice to the end; like me and Asperger’s sufferer Chris Packham, as he said in his documentary, and I’ve hinted at before in my blog posts and of course my greenYgrey trilogy travelled mostly by Google Maps.

I thought Google opening a digital garage in the city I live in, the city of [Chilis song]) might be my ticket out, but a non-white-male similar to bullies at university who consider you racist if you don’t do what they want, and gay if you do (their homophobia) dampened the enthusiasm of a woman who’d been positive, by saying it was making fun of people and places – an example of the political correctness that only seems to work one way, and why I now largely distrust and dislike that demographic, when I was very positive towards them until Multicultural Fascism, and working with them at university and in their locality (where white people don’t usually want to go, as they face constant prejudice and persecution by some, while others from their local demographics are nice and positive, and some are even critical of the new immigrants just wanting an easy time, when they arrived in the Windrush 1950s, when the Establishment was sending white British children to be abused elsewhere in the Commonwealth – making me wonder if New Labour’s Multicultural Fascism in the 1990s was the end game of a mixing ethnicities Establishment policy started in the 1950s – maybe intended for good reasons in response to the Nazis one-race policy, but often causing and ending in sadistic child abuse no better than the Nazis, and the race tensions, conflicts and terrorism threats now).

Time for New Inspiration: such as Evo Morales 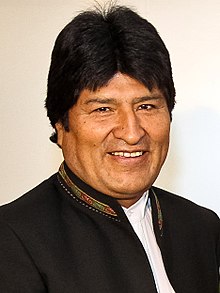 I have tried to be a man-of-the-people, and servant to women, but I feel that now I must try to write from where I feel my head is, in the enlightened clear sky above the clouds of culture; rising above the Islamism that the Establishment is trying to introduce as the next big cloud; keeping the masses in the dark battling about whose monotheistic god is the best, while the elite hold on to their greater knowledge and truth, from a time before that, when humanity thanked the sun during the day, and studied the stars at night.

In 1994 I went to my first ‘pagan’ prehistoric site, not having got to the Stonehenge Festival, as many ‘hippies’ from my town did each year. The native Bolivians on the edge of La Paz just used plants for their solstice rituals at Tiwanaku, replacing animal sacrifices, showing a civil consideration many other religions (kosher and halal barbaric killing policies) could learn from.

I was delighted native Bolivian, Evo Morales, was elected president in 2006, twelve years after my visit, and is still in office. I would have liked to have been like that with my writing, but the British Establishment doesn’t seem as benign as the Bolivian, and/or the British people not as strong and/or intelligent! Multicultural Fascism clouded out class identity and communities, and the media call native white rights racist!!

As I remember it I heard about it from other travellers in the hotel I was staying at, and went with them, quite reluctant to get up early to catch the bus out to the site (same for the El Choro trek) for the two-hours journey west to Tiwanaku, more interested in watching the 1994 World Cup, but I would be back for the games that day. Here’s some photos: 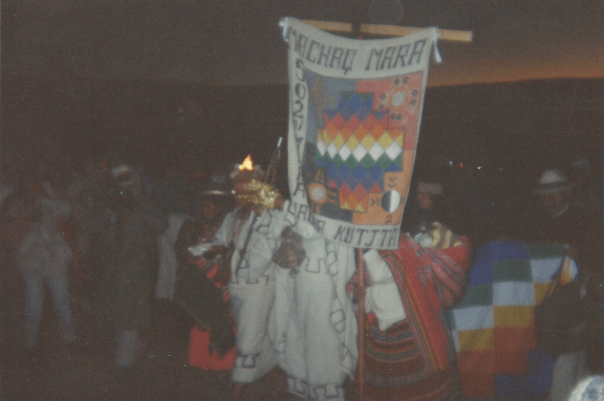 Blue Planet II showed the sea world is fascinating, but still second to land. The same goes for the presenter, Sir David Attenborough, who’s improving with age…
but the youngster still has some way to go before rivalling me,
as proved by my self-proclaimed genius blog post title poetry,
adding another line to return to the title with another three.

Just a little self-parody comedy intro there about Sir David Attenborough, who’s of course a legend who’s done wonders for awareness of the natural world, and also agrees with me; or I agree with him is probably more accurate, along with Rupert Murdoch; that humanity is destroying the planet and animal world with overpopulation and unnecessary waste.

Although there are lots of ingenious and beautiful creatures under the waves I still prefer the land ones, and especially the furry ones, such as cute coy coatis and cantankerous cuddly capybaras. While the Bolivian El Choro trek was independent, my time in the Brazilian Pantanal wetlands was on an organised safari, arranged after crossing the border by train from Bolivia. 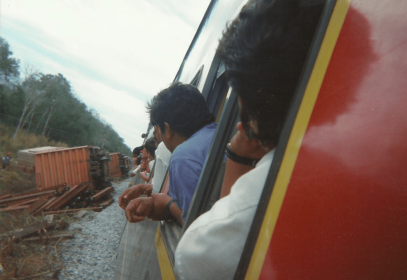 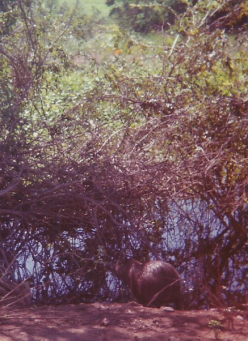 There were also my old friends, monkeys: 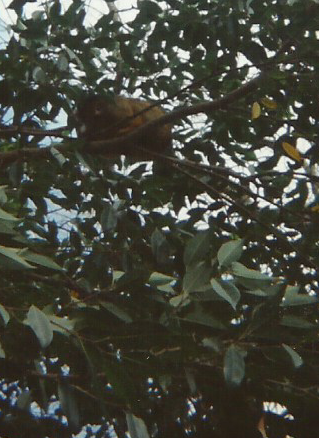 XaW Files: Beyond Humanity has an animal welfare and environmental awareness theme, as I’ve had since my teenage years, although with different levels of importance, such as putting it to one side for most of my twenties spent travelling, before rising again in university and the advent of blogging, when I thought I may be able to do my bit for the planet, like Sir David Attenborough. It was therefore prominent for the whole of my greenYgrey decade, culminating in XaW Files:

After posting a The Vikings movie recreation photo yesterday I scanned the rest of the photos from the Bolivian El Choro trek from high altitude to lush greenery and back to La Paz last night, so thought I’d create another blog post out of them here.

It was an independent trek with three other people as I remember. From La Paz we got a lift with a truck to the starting point. La Paz is the highest altitude capital in the world, and cold in the early morning in what is their winter. That’s me in the colourful blanket I still had in Africa four years later:

The walk starts at the top of a valley. The high altitude sunlight lightened my hair in this photo: 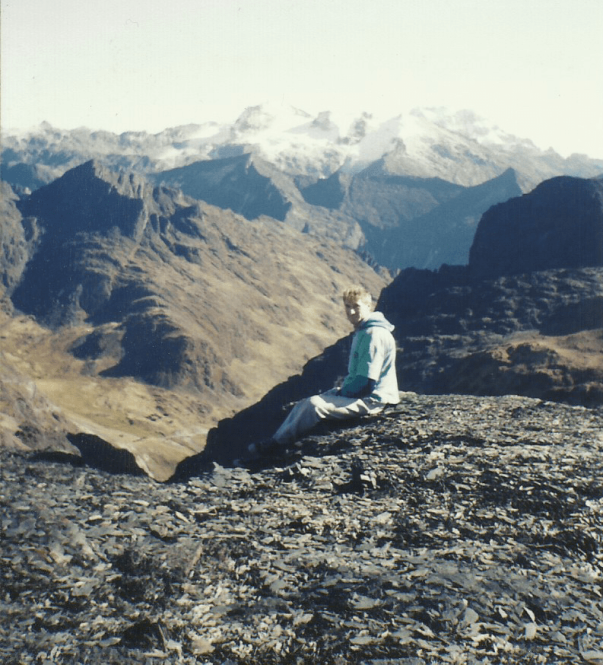 I fitted in with the llamas:

The trek started down this valley, and was nearly all downhill. Note the settlements on the left, and lovely sunny weather; walking on sunshine!:

The settlements close up:

The scenery got greener as we descended:

It was lush greenery at the end:

Seeing thatched houses and huts in the Andes on the El Choro trek above La Paz, Bolivia reminded me of old European houses, such as in The Vikings movie that had been one of my favourites when young. Finding a tool in a hut I stayed in along with some other travellers on the three-days hike from 5000 metres (downhill) back down to Bolivia’s capital, after getting a lift to the starting point with a truck, inspired this movie-inspired photo in 1994: 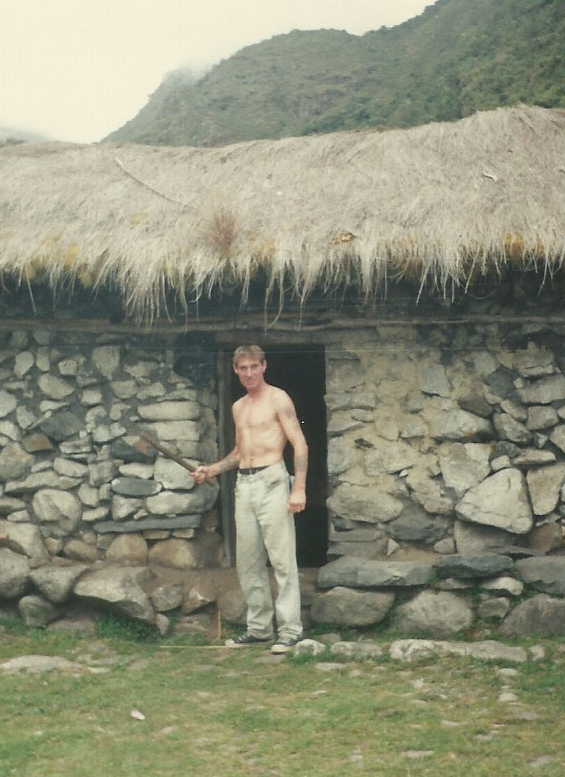