The BBC (David Icke’s devil-worshipping paedophiles?) announced more religion and a broader scope from now on this morning, which judging from the last twenty years of Multicultural Fascism means much more Islam; it’s a numbers game you see, and now that there are a higher percentage of Muslims after twenty years of pandering to their religion and their high birth rate, despite their prophet marrying a 6-year-old and consummating it when she was 9, the BBC will have the excuse to escalate the Islamisation of dear ol’ Blighty even more.

That’s why I will never like or support Islam. I can tolerate a benign Islam, as religion was all becoming benign in Blighty until Tony Blair stirred things up with his religious focus in the New Labour years.

If we’re going to have more religion on the BBC, which means almost certainly more Islam, I think the ‘prophet’s’ personal life should be included all the time, to give it context, rather than leave it as it usually is now: some kind of benign mystical benevolent new revolutionary charity!

Jesus was a Good Historical Figure and Example

There are a lot of people in my demographic who rebel against Jesus, some even going over to the other side: the counterculture kind of devil worship. I think that’s mostly rebellion against hypocritical institutions; Australia has just reported on years of abuse by the (mostly Catholic) Church, schools and sports teams, and Blighty is supposed to be doing the same, justifying my and others like me’s rebellion in the 1980s, although it just seems to be being replaced by a foreign (Islam) version now for another generation; but there are some who may cross over into the traditional stereotype of older establishment Icke-criticising devil worship (seems to be more of it in ‘heavy metal’ now).

I liked Jesus as a rebellious anti-materialist carer, but don’t think he was as special as Christians make out; I think he was just a special person in his time and place, like many people throughout history, all over the world. If the Romans hadn’t brought Christianity back to Europe then Jesus would probably just have been a local hero. Ironically, the Romans went downhill after adopting Christianity, with their empire ending soon after. The same as Egypt when Islam took over from the original monotheist god: the sun.

Not that I think religion should be judged on military success. Sun worship didn’t save the native Americans when the Europeans arrived.

There are some people who still think I’m too chavimbo (chav himbo-bimbo) to be the wordplay genius who wrote Werewolf of Oz and XaW Files in a decade-long greenYgrey concept after becoming a doctor of philosophy, and who ran multiple marathons after travelling around the world on a shoestring.

I would list my many flaws, but think I’ll let the double-negatives do some work for themselves, although I have previously written in the mental health genre; it’s not easy being greenygrey!

I liked the Jesus story (when I watched The Last Temptation of Christ recently I wondered if The Pretty Reckless’s devil-worshipping Taylor Momsen was my last temptation?), and thought recently with my focus on the sky about his time on the cross.

Jesus and the Sun

Who did Jesus apparently talk to in his last time on Earth, nailed to the cross after being taunted and tortured by humanity: the sun in the sky.

Moreover, Jesus shares two of his name letters with the sun: the s and u. The 40% of the title. They are in the right order too, and with room at the end for an N to complete sun, instead of the second s.

That would make the name Jesun, sounding like the French Je suis: I am; I sun. However, Je Suis is also Jesus with an extra I: the anagram I Jesus.

Jesus’s Biblical end, on the cross with the sun, could be interpreted as being represented by the Ancient Egyptian Ankh symbol/hieroglyph, which preceded Christ and Christianity by over a thousand years, as David Icke has pointed out similar on stage, in videos previously posted on this site.

The symbol was later used by Coptic Christians, who have suffered several attacks by Islamists in Egypt in recent times, in an attempt to wipe them out, although some moderate Muslims have supported them.

This representation reminds me of pre-Abrahamic monotheism’s ancient respect for nature, across a world that was not supposed to be connected, as seen in religious symbols from South America and the Middle-East. There were similar beliefs across the rest of the world, in what is now called Australasia. 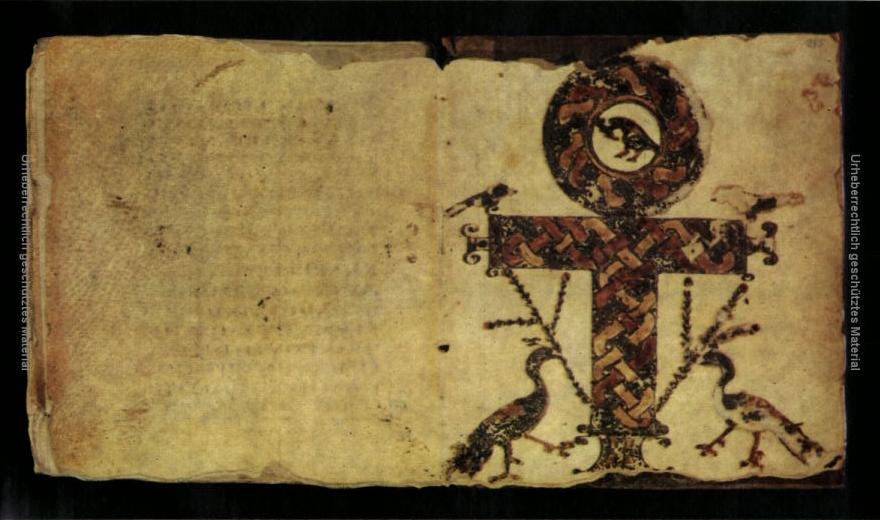 More Wikimedia details: manuscript of the New Testament in Coptic. It contains text of Book of Acts 1:1-15:3; at the end illuminated cross.