Leaving Namche Bazaar (3400 metres) at dawn it was quite a steep short hike up the mountain above and then down to green-roofed Khumjung. From there Ama Dablam was visible. It is widely regarded as the most beautiful of the Everest park mountains, and I agree.

Ama Dablam reminds me of the sphinx. The first three photos below are of the mountain and Khumjung.

From Khumjung it was another tough climb over the Mong-La pass, before a downhill to match, and then a steady up and down walk to Dhole (4040 metres). Some of it was through forestry.

After finding a lodge I started feeling ill after ordering food! I was bed-ridden with stomach and sickness problems for the next day. 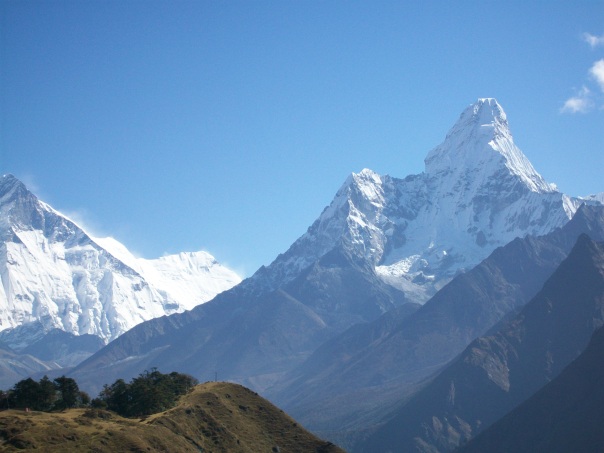 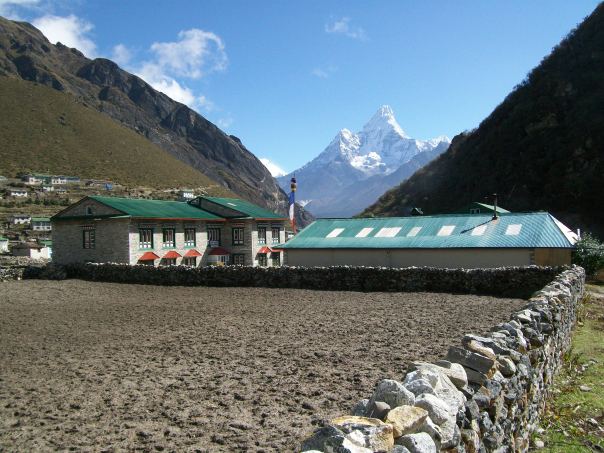 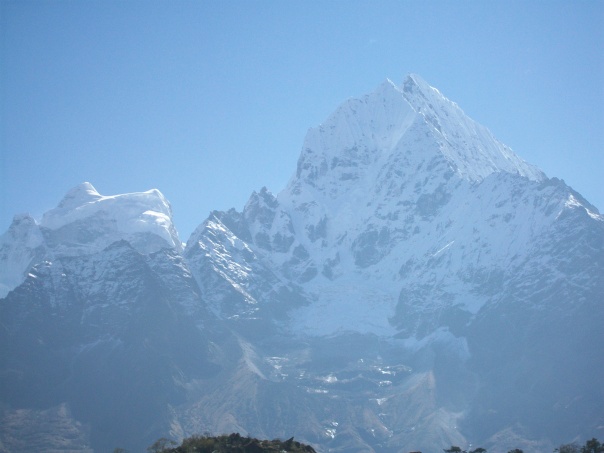 Phakding is a nice village with a river running through, and mountains around it. It seemed wealthier than the villages previously visited, and that’s probably because it gets the custom of all the hikers that fly into Lukla.

I recommend taking the bus from Kathmandu to Jiri and hiking from there if you have the time, and inclination, as it’s beautiful scenery and the villages probably need the custom. You can always fly back from the ‘most dangerous airport’ in the world, as I did.

At the top of Phakding, the mountain view went from great to amazing, as Thamserku came into view (first photo). It was the first of the mountains that would be in view for most of the trek to Gokyo, marking the southern entrance.

The path led across the bridge in photo 2 and then down to the river itself. It was then a long uphill to Namche Bazaar: the entrance point to the Sagarmatha (Everest) national park.

Namche is recommended as a two-night stop on the trek, to get used to the altitude, and recover a little. Waking early the next morning I went out to see the sunrise (photos 3-6), which had started lighting up the mountains across the valley, but not the ones behind the town: such as Thamserku. I stayed in the Thamserku View hotel.

The bazaar was setting up as I returned, and I visited it later (photo 7). 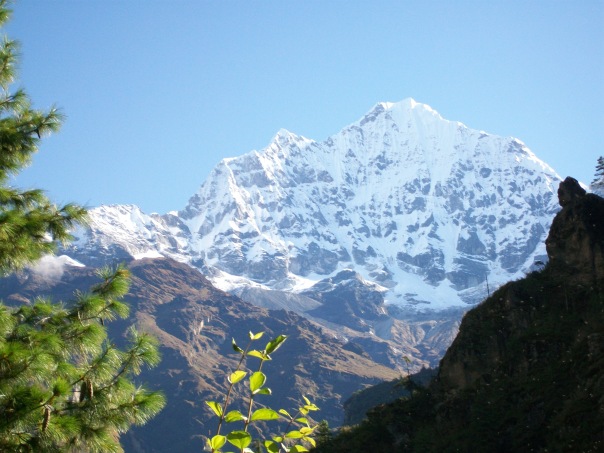 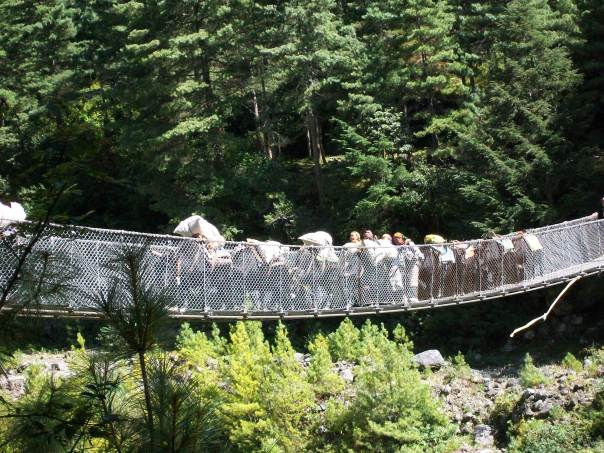 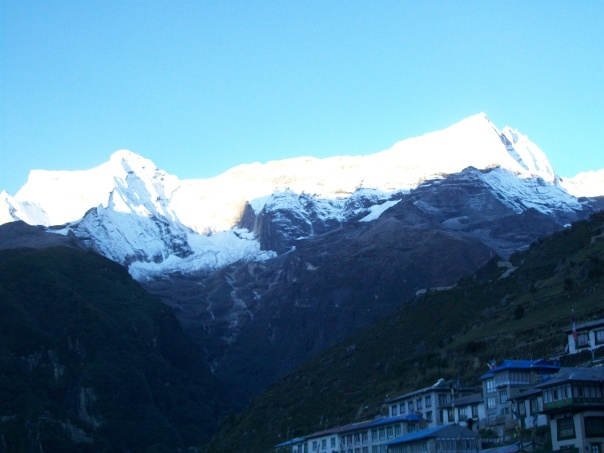 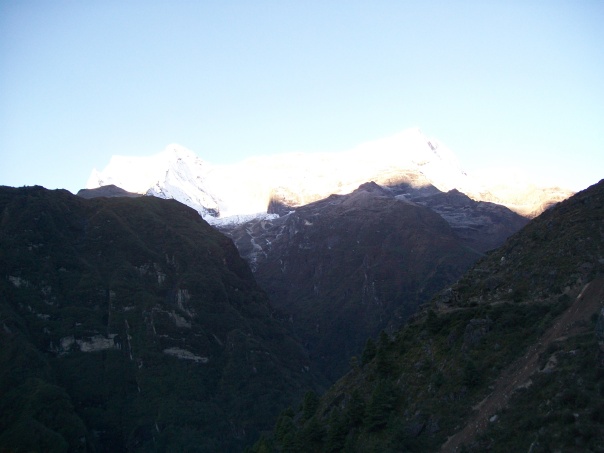 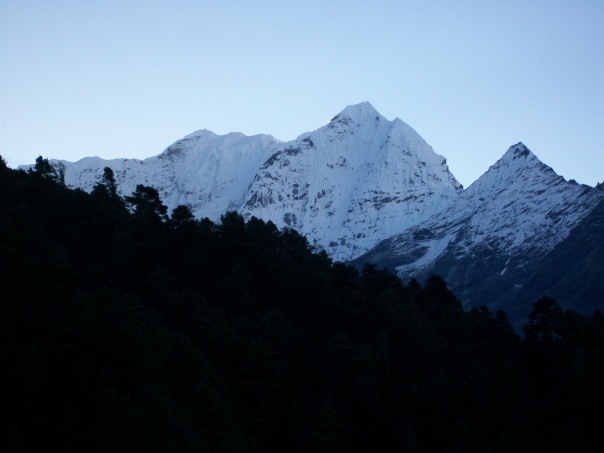 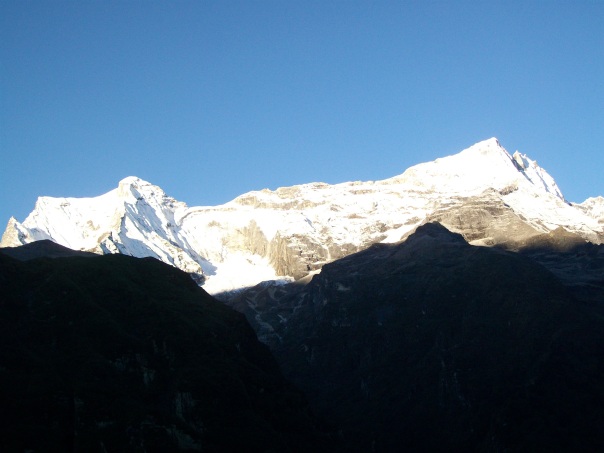 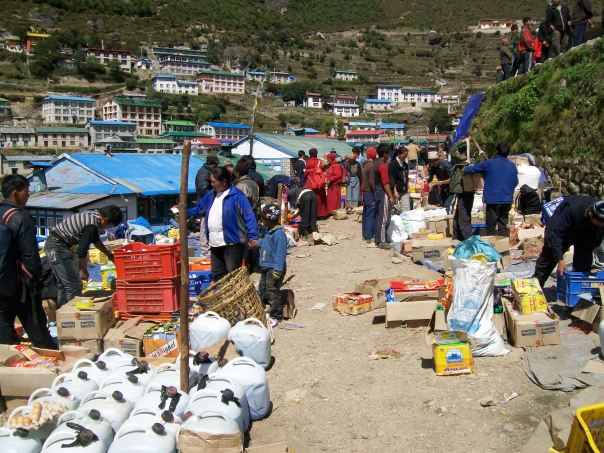