After another apology to the Akureyri Thor ladies team yesterday I hoped it would be the end of the matter, but something told me last night I had missed something: maybe it was Thor himself, or even Freya. Norse mythology is my favourite by the way, and that’s how I think ‘religion’ should be treated in the twenty-first century (in Christian time!): with openness and humour.

As a former goalie myself I thought I had to mention the great save by Thor Akureyri goalie Stephanie Bukovec, who’s Croatian, near the end of the highlights. There was also a tough saving tackle to prevent a goal from the rebound by one of the five Thor dottir defenders (could be the cast of a fairy tale, like Snow White and the Seven Dwarves: Bukovec and the Five Dottirs!), who I can tell from my XaW Files: Beyond Humanity research hail from Iceland, and either Hanne, Asgrim, Hlyn, Einar or Kristin: Hannesdottir, Asgrimsdottir, Hlynsdottir, Einarsdottir or Kristinsdottir. By their place in the centre of defence I reckon it’s most likely to be Hlynsdottir, followed by Asgrimsdottir or Einarsdottir!?:

I didn’t know any of the Thor players before researching it this morning, so all the rest of this blog post has developed from that real thought that I’d forgotten to mention the great point-blank save by the Thor goalie, that I’d have really been proud of when I was playing in goal… and proud of the outfield skill, shots and header shown in the game too.

Here’s the Wolfe TV highlights again for you to check out the save and tackle yourself, and good luck to Thor for the future, and especially those long trips back to Akureyri! Good luck to Wolfsburg for the weekend too of course.

Another week, another apology to Akureyri. After a triple apology last week, following Wolfsburg Women’s 1-0 win there, with the winner scored by my player of the century, Pernille Harder; and suggesting they adopt the It’s a Long Way to Tipperary song, after neither the greenYgrey or me reached there, I saw that Wolfsburg finished off the job with a 2-0 win in Wolfsburg, with Harder getting the first. Wolfsburg were of course stars of my last fantasy fiction travel quest trilogy, XaW Files: Beyond Humanity.

To show this is mostly parody comedy, I didn’t even know it was a two-leg tie, or I would have suggested the second leg as a great time to introduce their version of the famous war song.

However, in true greenYgrey style, just because I’m writing it as parody comedy doesn’t mean I don’t take women’s football seriously, or am insincere in my respect and admiration for Pernille Harder and the rest of the Wolfsburg team, or their Akureyri Thor opponents.

There was a mixture of skilful football and hard tackling in the game. Harder took her headed goal coolly well, and curling shots and intricate back-flicks were my highlights from the highlights on YouTube:

I would have loved to have been there, but haven’t received an invite!

Akureyri is the second biggest population city in Iceland, but the greenYgrey and fellow travellers didn’t make it to the north in XaW Files: Beyond Humanity. Then I didn’t make it when I went to Iceland in January. I thought about it, but the winter bus service was more expensive than comprehensive, and it was quite a long way to Akureyri from Reykjavik.

Then it was a bittersweet (greenYgrey bitterYsweet) moment last week when I saw Wolfsburg women had beaten Akureyri’s Thor ladies 1-0, with none other than Pernille Harder scoring the winner!

At least you’ve now made it to a special Akureyri 3, and by way of consolation, I would like to suggest a song for you when returning from your next football trip: adapting It’s a Long Way to Tipperary to Akureyri. I don’t think it will outdo the thunder clap, but maybe it could be an accompaniment.

Mark Knopfler Back on The Road

Talking of special threes, I’ve got another two relevant stories to make this a triptych trilogy thingy! Similar to my 31st anniversary blending of Jack Kerouac’s On The Road with The Talking Heads’ Road to Nowhere, Mark Knopfler’s new album is called Down The Road Wherever, with travel a metaphor for his music, as explained in this Louder Sound article. Moreover, it also has a great greenYgrey road to the horizon image: 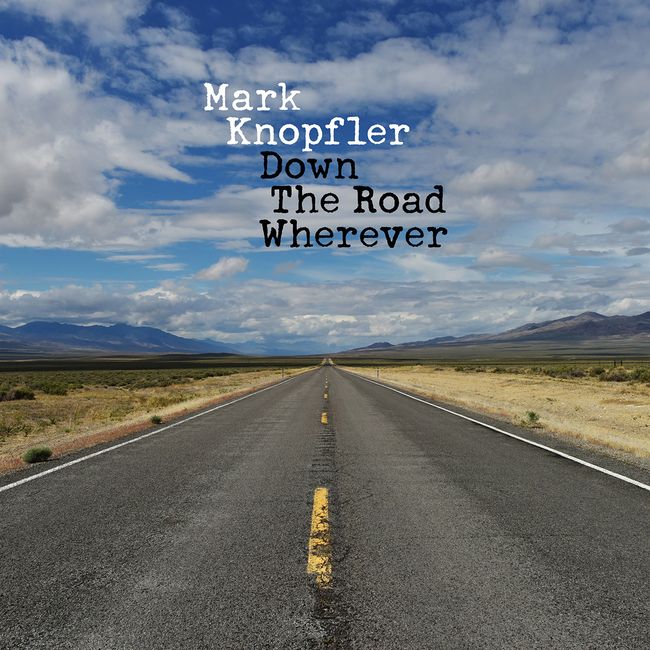 The photo could be Iceland, but is probably towards the wild west of the USA.

I also heard Still Corners’ The Trip for the first time today, and really liked it, reminding me of Mazzy Starr. It also has a nice POP (PinkyOrangePurple) celestial object in the cover picture… and a greenYgrey car in the foreground!

Risking making this blog post a quartet, I went back on the road last week, for a couple of hours each way at least, for a nice journey to my gYg of the year, as described in sister site fmpoetry.