I just found this photo of me running over the bridge after passing the Arctic Cathedral in the 2007 Tromso Midnight Sun Marathon in time to finish off the Norway travel of this blog:

I left the Tromso – Tromsdalen campsite, and flew to Oslo. 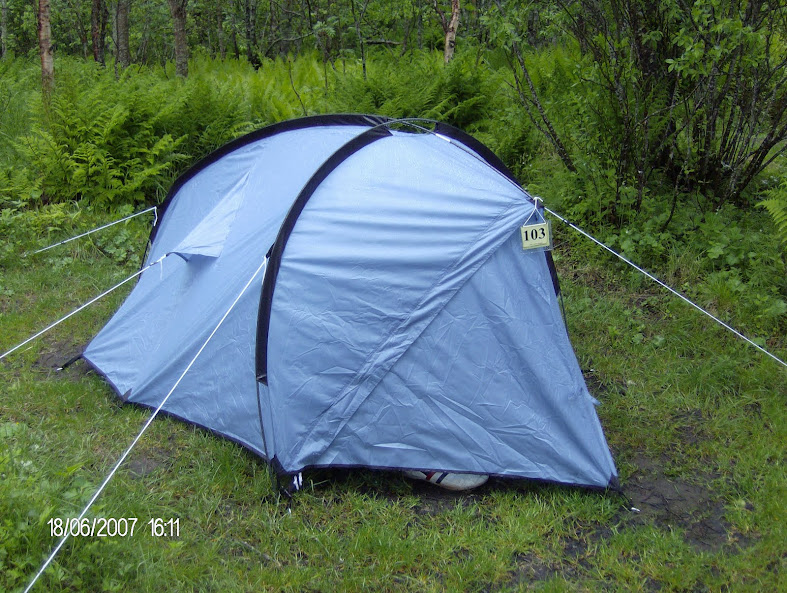 With four or five hours to spare between flights on another sunny warm day in the south of Norway I took the bus into Oslo. A friendly bus driver gave me a map after dropping us off in the north of the centre.

So I walked down through the central sights to the bus station and got the bus from there back to the airport to fly out. I think I saw most of the big attractions from the outside.

I didn’t have much camera battery life after taking the Tromsdalen videos, so it was a case of taking a photo and waiting for the batteries to charge enough to take another one. I managed these two: 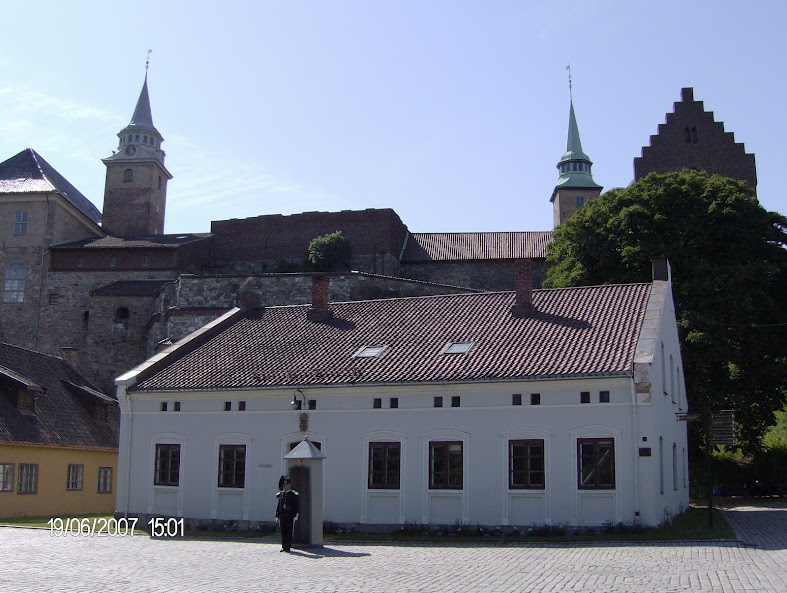 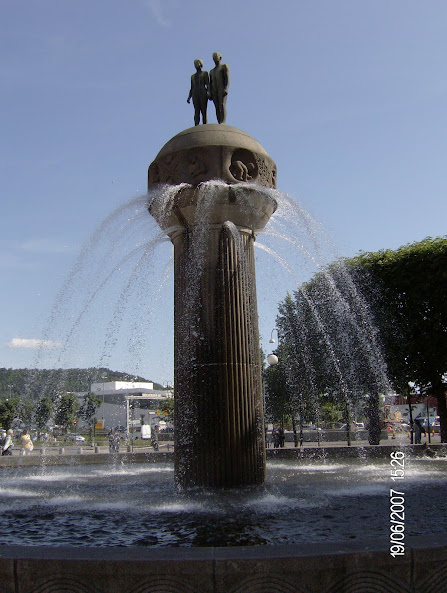 I walked up one side of the Tromsdalen Valley. I saw some grey berries on the floor and tried them, thinking they were the cloudberries I’d read about before leaving Britain. I sat down to eat a fruit and milk lunch on the mountain top, and the cloud lifted for a little while on the other side of the valley. I saw a large bird that looked like the sea eagles we’d seen on the edge of land before sailing into open sea for whale-watching.

I took a couple of photos, one of me using a self-timer, and another looking back down the valley. I also took a last video, having taken two before. 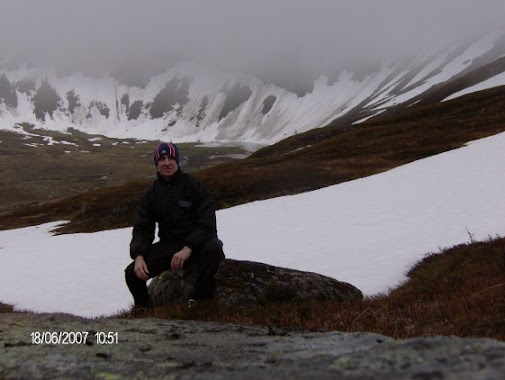 Looking Back Towards Tromsoyo Island 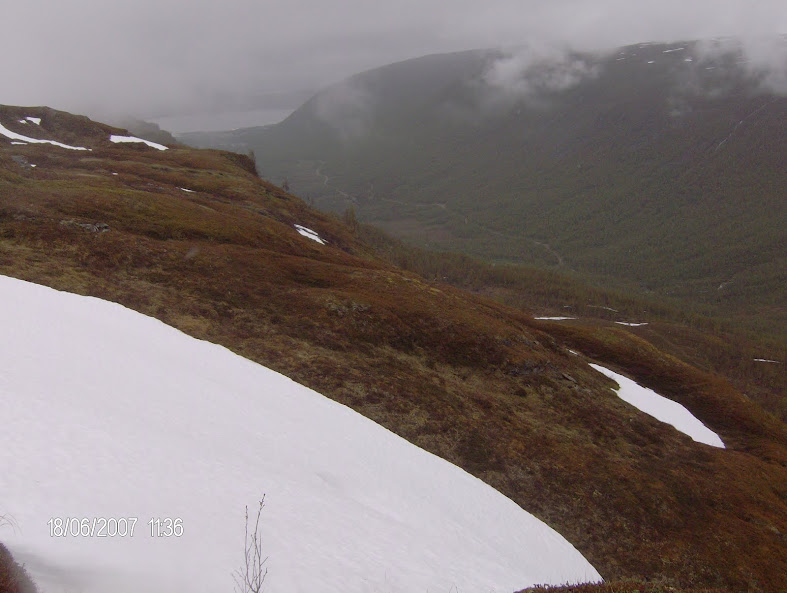 I also filmed three videos in the Tromsdalen Valley. The first was about half way along the path, looking back to Tromsoyo Island, and ahead to Tromsdalstinden:

The second was at the end of the valley, under Tromsdalstinden:

The third was up in the clouds:

The next day I left Tromso, but extended my Norway holiday a little by taking advantage of a half-day between flights to bus into Oslo…