After the Iceland football team has won unprecedented success during and since the writing and publishing of XaW Files: Beyond Humanity Sweden qualified for their first World Cup since 2006 last night, knocking Italy out, who will miss the World Cup for the first time since 1958, which was a couple of World Cups before I was born; born just in time for England’s 1966 World Cup win, when I was still in my birthplace of Saint Helier, Jersey.

I watched the 1990 World Cup in Asia (Thailand), 1994 one in South America (Bolivia) and 1998 one in Africa (Uganda and Kenya). Here’s a photo from La Paz, with another British guy and two Aussies:

Robin Olsen brought back the golden age of greenYgrey goalkeeping by keeping a clean-sheet in both games, with some great saves last night:

His great greenYgreying performance reminded me of our nature correspondent, Chris Packwolf (inspired by Chris Packham), telling the greenYgrey ramblers about three Swedish footballers in Chapter 8 of greenYgrey3:

‘I’m sorry,’ said Chris, ‘it’s just that I was researching Gothenburg on Wikipedia before breakfast, and found Gunnar Gren. He was one of the Swedish-AC Milan football forward trio known as Gre-No-Li. I was going to mention later how both names reminded me of greenygrey. Gunnar Gren has ten letters, two Gs, and Gren is all grey apart from the last letter; while I think Gre-No-Li has a nice greenygrey ring to it. Then Y’s dream and ordering granola just seemed too uncanny, even for an X Files parody.’

‘Yes, that is eerie,’ I responded, before adding, ‘which I just realised has the same amount of Es as greenygrey. Great work Chris, and thanks for reminding me that you’re not just a natural world expert.’

During the New Labour Multicultural Fascism years I joked that I should go to Sweden or somewhere else in Scandinavia as a male feminist gender refugee, being filtered (fooltered) by macho male department leaders similar to Weinstein seems to be, but it seems Sweden has taken a similar path from news reports of higher rape figures and sporadic terrorism; and some of my experiences suffering abuse from non-native Swedes when I visited.

Hopefully Sweden knows what its doing, and can accommodate the problem. There are also benefits to immigration of course, such as more chance of sporting success.

I watched Richard Ayoade’s Travel Man: 48 Hours In… Stockholm this week and enjoyed it. Apart from the city’s beauty and general niceness, I liked the comedy way he asked the Swedish guide how Sweden could ever produce a musical band to compare to Norway’s (he’s half-Norwegian) A-HA, obviously leading to the response of ABBA, whereupon he mocked spitting on the floor.

I also liked and related to his closing joke about how he could be just as difficult in any city in Europe, in response to his travel partner saying she’d prefer to return without him, but…

Before the age of Multicultural Fascism and one-way political correctness I would have just enjoyed the humour, but now I think Would I be able to do that about ‘black’ music? Moreover, would a ‘white person’ be able to do a travel show like that (irreverent politically incorrect living in the utmost luxury) in ‘black countries’?

The foolters will probably respond that I’m jealous, but if I was doing it, I’d probably be depicted as a racist capitalist! While some of my PhD student colleagues, some with typical counterculture identities/images of being anti-capitalist (anti-Jewish) were going around the world doing conferences, even to Hawaii, I didn’t leave Britain; and have continued travelling on a shoestring and as ethically as possible during my freelance writing.

I have been living a martyrish life, while ‘cool counterculture’ people like Russell Brand and Jeremy Corbyn live in luxury, but are depicted as the new Jesus Christ figures, as those close to Bobby Sands said they formed his image during his hunger strike, copying Che Guevara, in the recent BBC documentary.

To finish celebrating Sweden’s success, here’s the XaW Files storyline that led to the last age of greenYgrey being ABBBA. Unlike Ayoade, it doesn’t contain any political incorrectness, just loving appreciation.

I saw what Bo meant as we neared Gothenburg, time-travelling through the centuries from the beautiful wild nature when his book originated, to docking in the bright modern harbour of the twenty-first century city.

Through the centuries we passed through much sickness and warfare, but there was also laughter and play. The social and travel facilities of today were not present in the old days, but the people seemed happy enough as they were; those who were generally healthy anyway. It seems as if more experience and choice brings an ever greater need for more experiences and choices. The beauty of nature is still preserved in the city today, and more so in Gothenburg than most, but the modern metropolis has undoubtedly caused some environmental damage.

‘Welcome to Gothenburg,’ said Bo. ‘I hope you enjoyed the voyage, and like my land. However, my golden age is long gone. I followed the Ash people, and after me there was the age of Britt Ekland. Now it is the age of Agnetha Fältskog. Remembering how you remembered American states by acronyms, I remember the four ages as ABBA.’

A sunny day in Stockholm ended with a long sunset; lengthened by walking up a hill near the hostel to see the sun above the city centre buildings.

So the last night ended similarly to the beginning in Bergen.

Knowing Me, Knowing You

In the morning, as I walked to the bus for my return flight, May blossom drew crowds of Saturday morning strollers.

I got lost once more before finding the bus station.

The sun was still shining.

My flight was from Stockholm Skavsta airport, 100km to the south. I saw lots of nice open countryside on the journey.

From the flight I saw  a long bridge. I researched it afterwards, and discovered it was the Øresund Bridge; linking Malmo in Sweden to Copenhagen in Denmark; the longest combined road and rail bridge in Europe.

My first cultural introduction to Sweden was probably Abba winning Eurovision in 1974, when I was nine years old.

Now, I left Sweden flying westward with the sun, somewhat like an eagle; the subject of my favourite Abba song.

That week, Agnetha Fältskog of Abba released her comeback album ‘A’. It was successful.

The End of the On The Road

It was the end of my 25th anniversary tour, that had begun in Brittany, September 2012. One year ago now.

This month I am due to turn 48, a year older than Jack Kerouac‘s final age.

But fifteen years younger than Agnetha.

Here’s some photos from my last day in Stockholm: 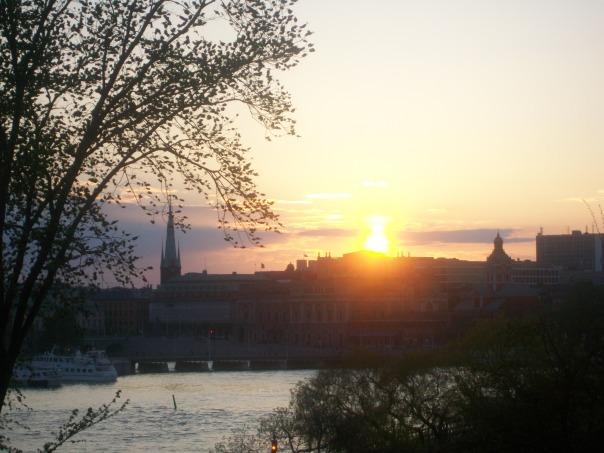 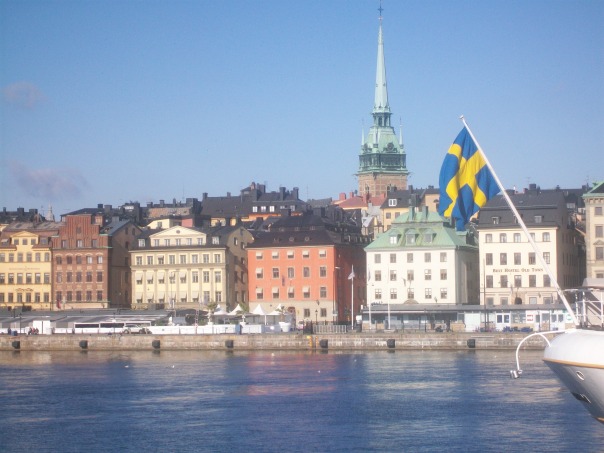 On my second and only full day in Stockholm I took the ferry from Slussen out to Fjäderholmarna; the nearest island in the vast Stockholm archipelago. It was a nice trip and relaxing picturesque island. Here’s some photos from the ferry and on Fjäderholmarna island: 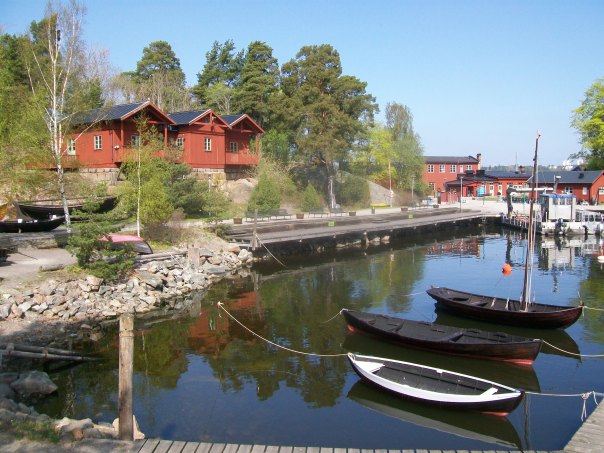 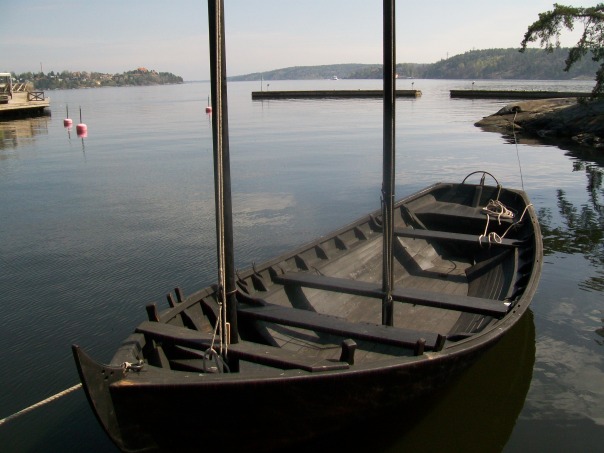 After booking into Stockholm‘s Skeppsholmen hostel with a boat; but I was on dry land; I walked to Djurgarden in the afternoon, and to the west of the city and city centre in the evening. Here’s some photos: 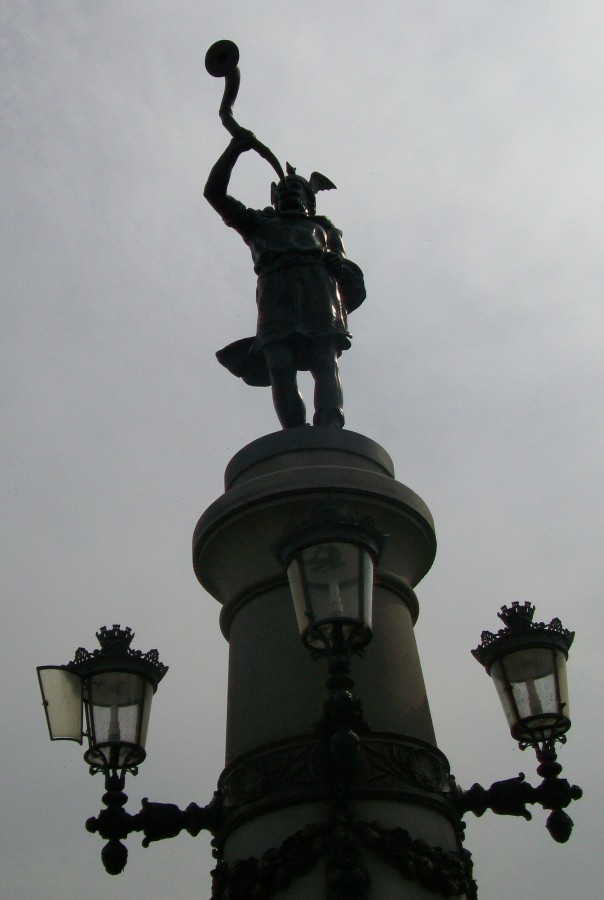 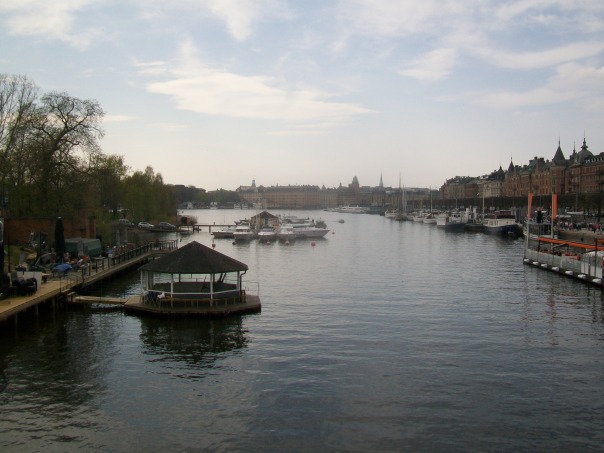 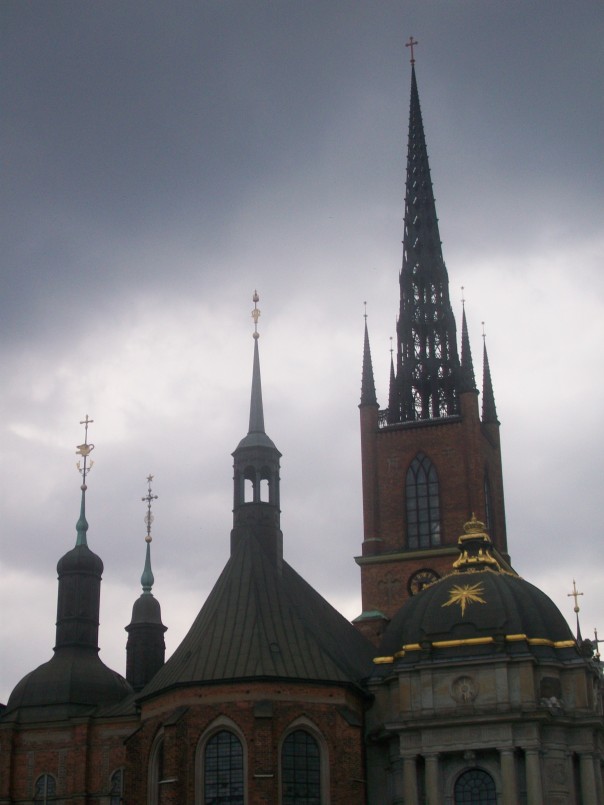 After a few hours in Oslo bus station there was a surprisingly scrambled boarding of the night bus to Stockholm. It was nearly full, so I ended up on the back seat. It therefore reminded me of my Istanbul – Munich bus journey on my first road trip in 1987/88; twenty-five years before.

I slept most of the night, not knowing when I left Norway and arrived in Sweden; my first border crossing outside the U.K. for fifteen years. I only remember that we stopped near a lake at first Swedish light.

We arrived in Stockholm at about 05.30. I thought I’d wait for the hostel to open in the station, but then got bored, and thought I’d make the most of the bright sunny morning.

The city still slept, and there was little traffic. I saw most of the main Stockholm city centre sights from the outside before going over the hostel. Here’s some photos: 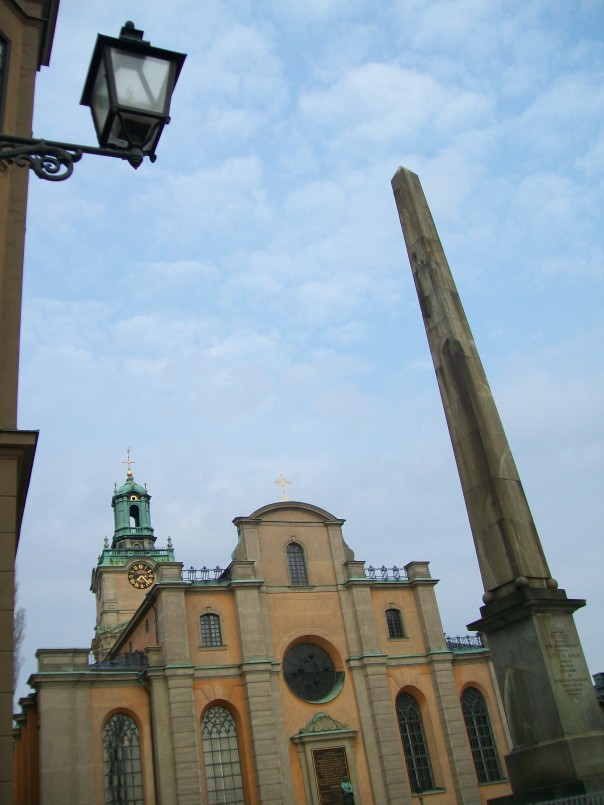 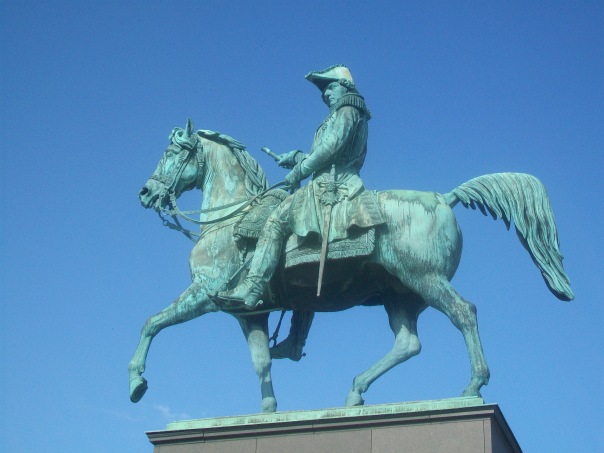