We made it to Athens, and my fellow hitch-hiker who was going home, made me feel welcome. He was a cool guy, the kind who’s popular in youth, carefree and conniving, like a young Russell Brand.

Looking back at him with middle-aged eyes and brain, he looks a bit of a user, avoiding national service and living off his parents and friends. I don’t know if he was really on POAK’s books as a footballer, or if they dismissed him because of his long hair and earring. I can’t remember if any of his friends or family confirmed his story or not; and they’d probably have heard it from him anyway. I guess he did play for them, but maybe he just didn’t make it, and his hair and earring was a better reason to give for his image?

I went along with him because I was getting something out of it too. If he’d just been asking for money all the time, and not doing anything for me, I’d have gone my own way; as I’d do with some fellow worker-travellers on Crete, and other people later in life; such as those who tried to claim credit for my writing!

Anyway, I’m probably trying to analyse it too much, due to my time and training in university, and writing career, and the grooming epidemic in U.K./Europe.

You readers would probably prefer to see it as a nice friendship between two people from different countries, thrown together by fate in a magical hitch-hiking ride covering most of Greece by a driver from another country, as one hitch-hiker returned home, and the other finished his over month-long mostly hitch-hiking and sleeping rough inaugural travel journey around Europe.

Here’s the next day’s diary, as it was in all its youthful innocence back in 1987: 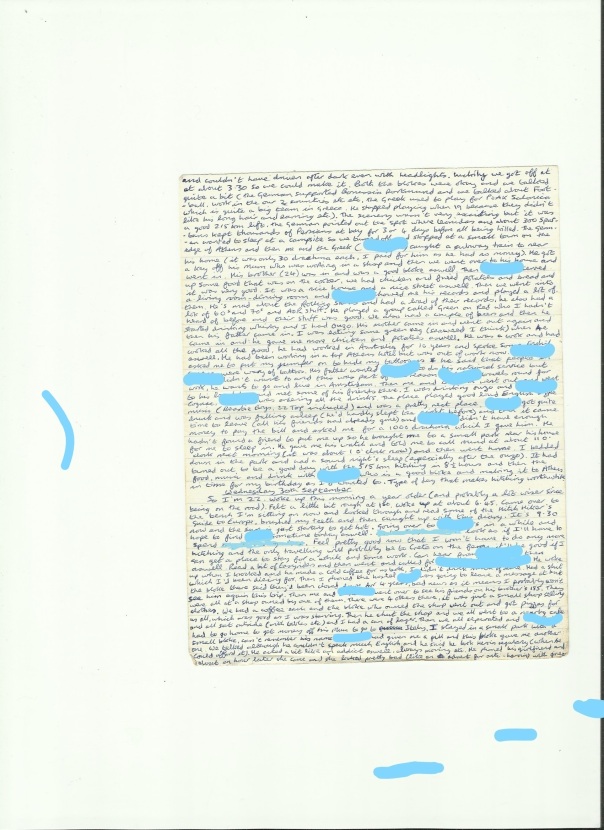 My last day of hitching on my journey from the U.K. to Greece in 1987 was an epic one, as I travelled through the land of Greek gods, with the final epic lift also providing classic comedy, as there was a breakdown, and we had to be towed part of the way. 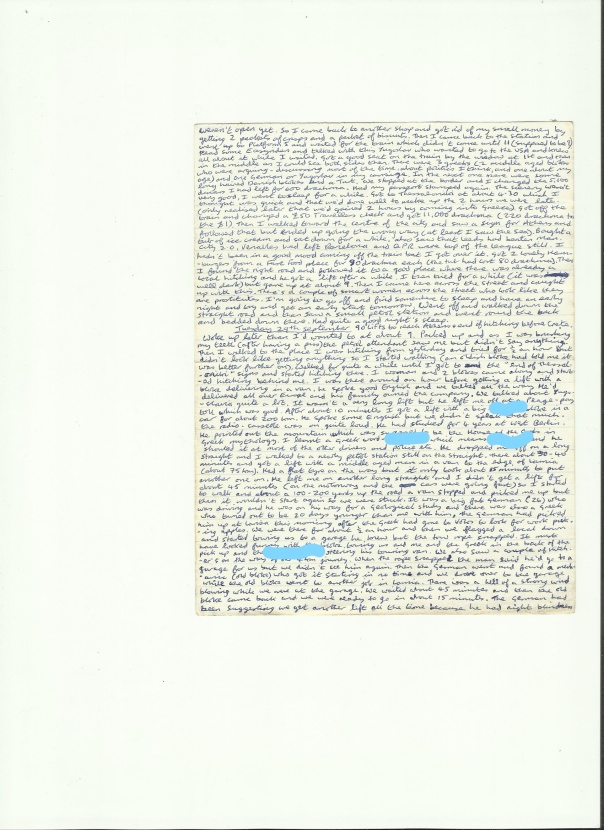